in july 2013 the city of leipzig was organising a 10 day residential for 100 young artists from 10 countries. i was invited to design the scenarios and implement collective sense-making sessions of their shared experiences as well as to facilitate the intercultural learning in the group.

we used world-cafe to have people start engaging and connecting based on topics that matter for them. 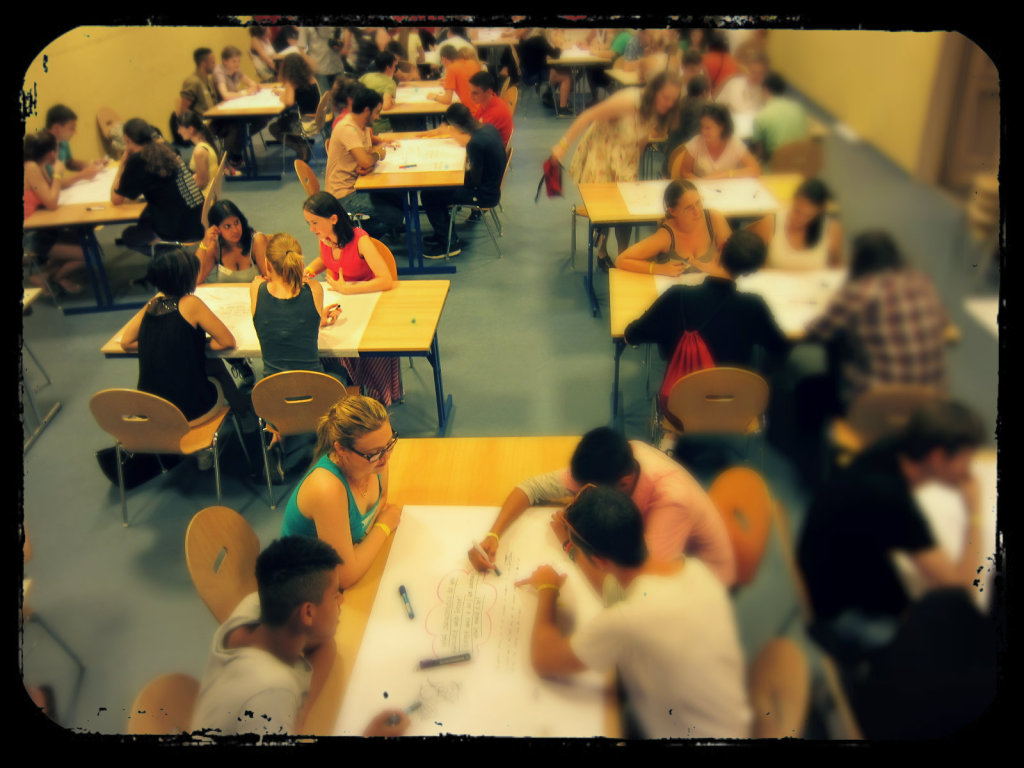 i introduced the claes janssen’s “four rooms of change” model at the very beginning of the gathering, hoping it would support people in going through rough times keeping a learner’s attitude and curiousity. i have been approached a number of times during the residential by the participants saying how helpful it was. 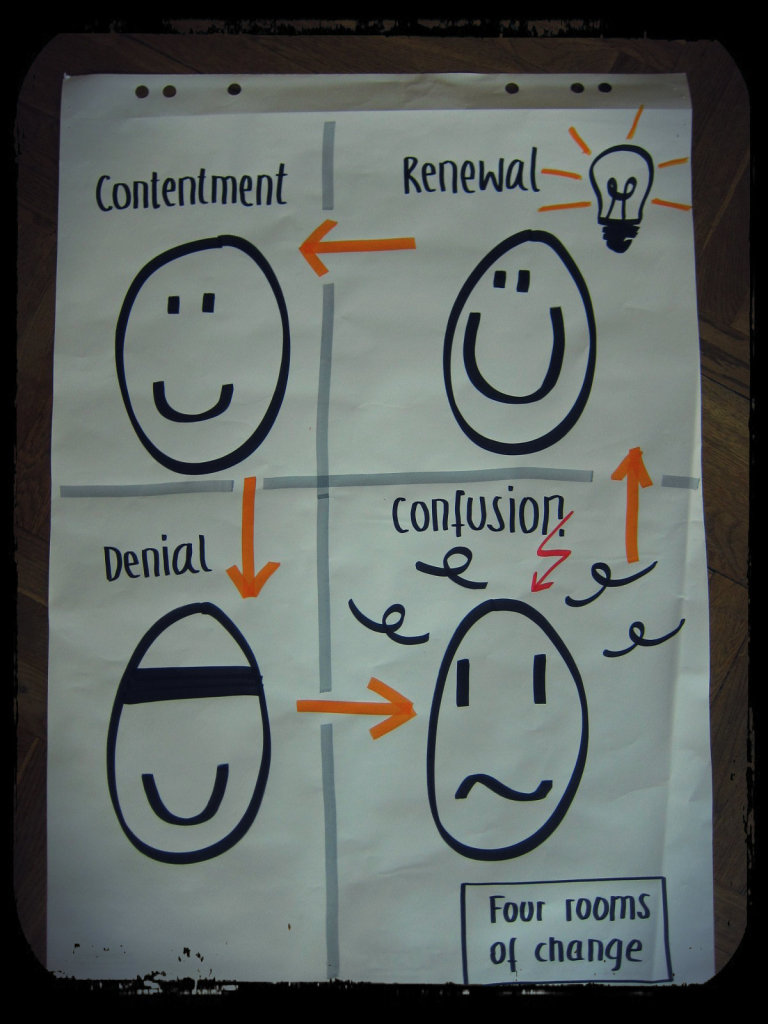 at the end of the event we used it to evaluate where the group was in their forming stages during the time they co-created. 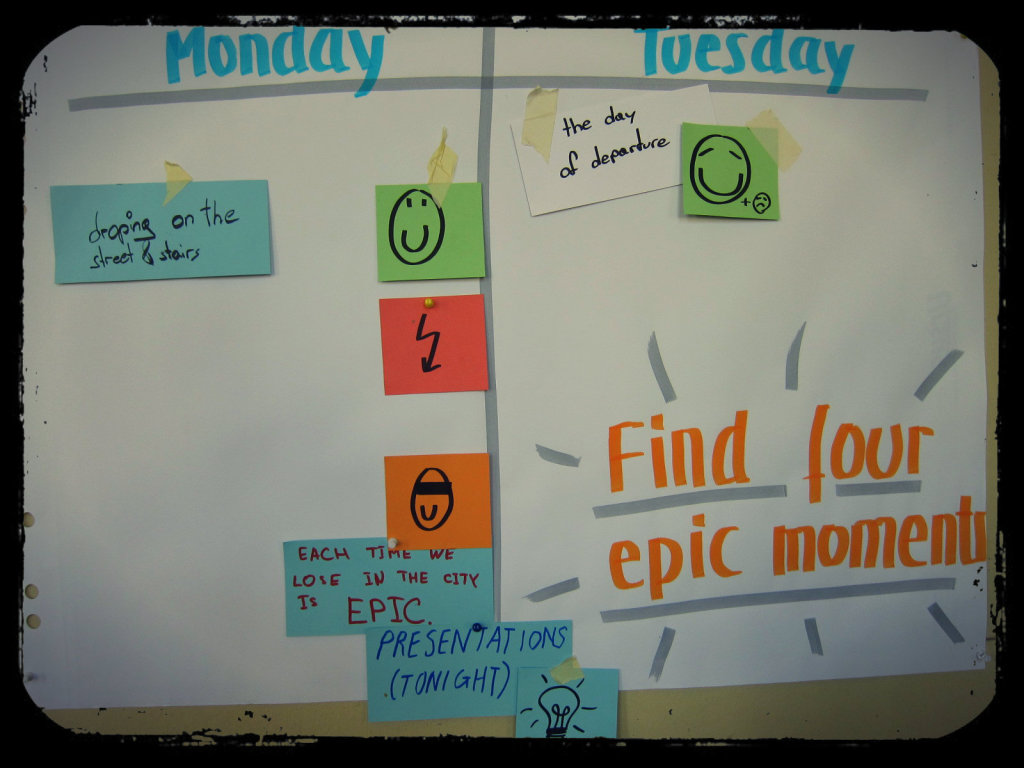 later in the project we run (for me by now the largest) BARANGA session with 100 participants playing cards on 25 tables. BARANGA is a cultural role-playing game which gives you a first-hand experience of the confusion we are a subject of when not understanding that we do not understand the rules and believing we are communicating clearly and following a common sense. the participants did get upset and even close to mad during the experience. this provided a great basis for rich learning in the debriefing phase… 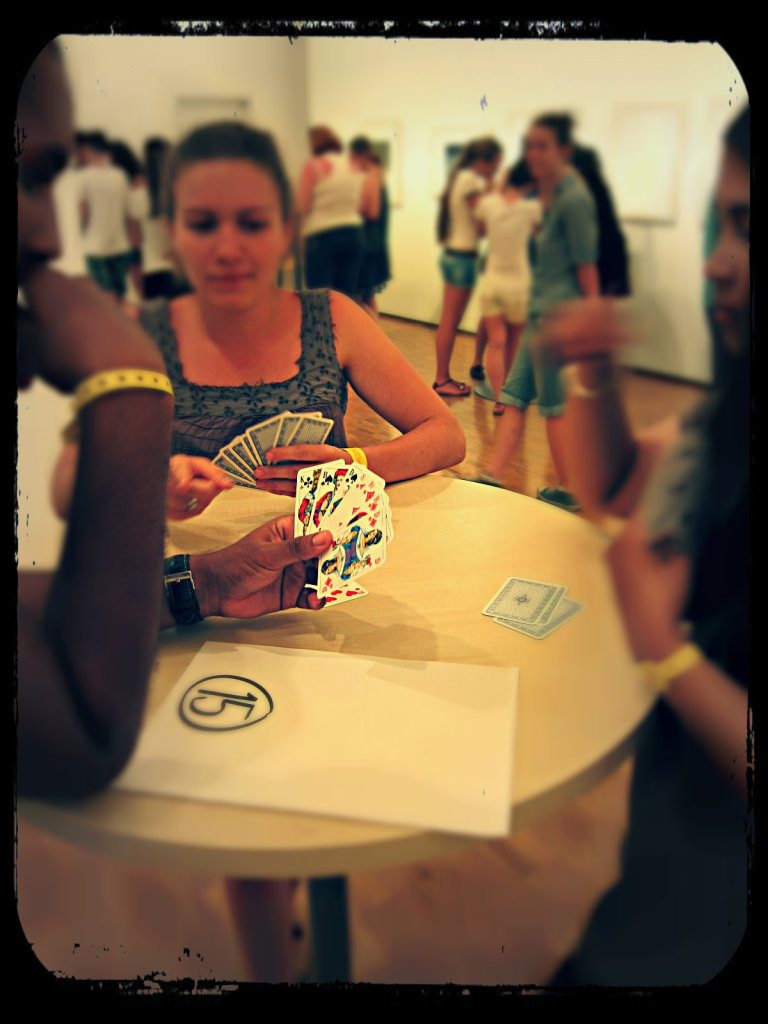 this was the longest continuous intervention i ever facilitated with a large group. i have to admit it felt great and right in so many ways. i would enjoy the chance to facilitate more large-group events supporting collective learning, deep dialogue and creativity. 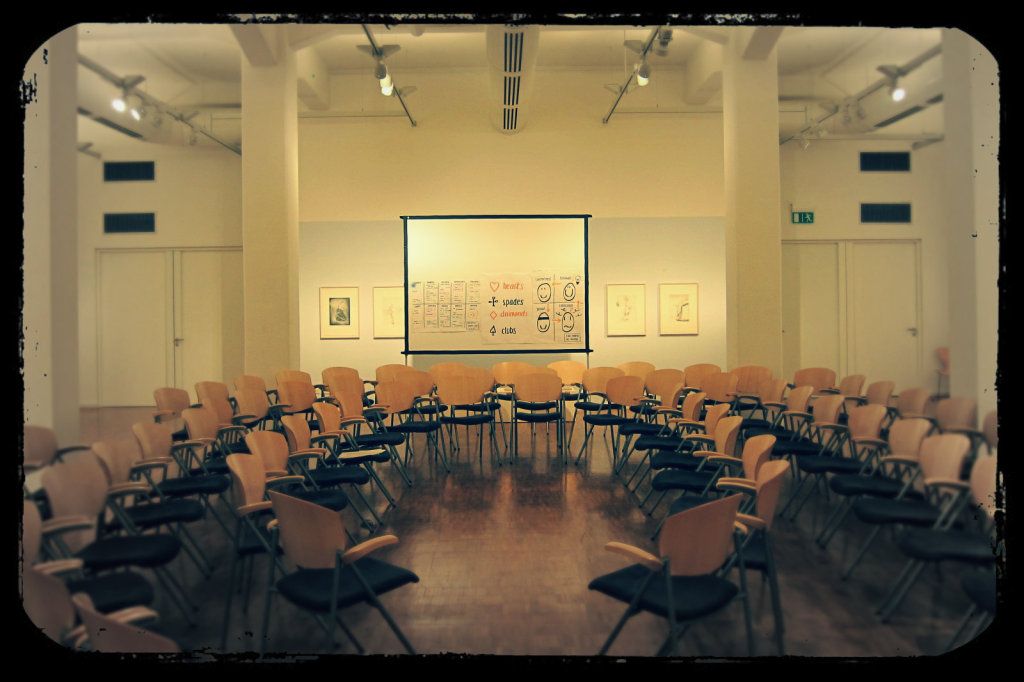